Ferrari recently released the Daytona SP3 during an event at the Italian Mugello racetrack in November 2021. This new model was inspired by the sports-prototype racers of the 1960s and is a continuation of the Icona Series. The Monza SP1 and SP2 were the first two cars to be released in the series modeled after the “golden age” of racing.

Features of the Daytona SP3

The SP3’s design pays homage to the beautiful, muscular bodied Daytona sports cars. The precious 599 models are specifically built to remind fans of the 330P4 models, which took 1st and 2nd place at the 24 Hours of Daytona.

The construction of the SP3’s engine is based on the 6.5-liter unit from the 812 Competizione, but utilizes a new induction and exhaust system for its new position within the car. Pieces of the engine like the piston pins, camshafts, and sliding finger valve followers have all been given what has been described as a “diamond like” carbon treatment so friction is reduced.

The carbon treatment in the engine, along with other modifications to the direct injection fueling system, have given the SP3s engine the ability to produce 829 HP, which is 10 more than the Competizione. All these features give this new addition the most powerful Ferrari combustion engine.

Although inspiration from the company’s ’60s sports prototypes is apparent, especially with a wraparound windshield and defined wheel arches, the Daytona SP3’s bodywork is not just a reproduction from bygone days. The exterior panels are made from carbon fiber, helping keep its body light and aerodynamic, with Ferrari claiming a dry weight of 3,273 pounds. 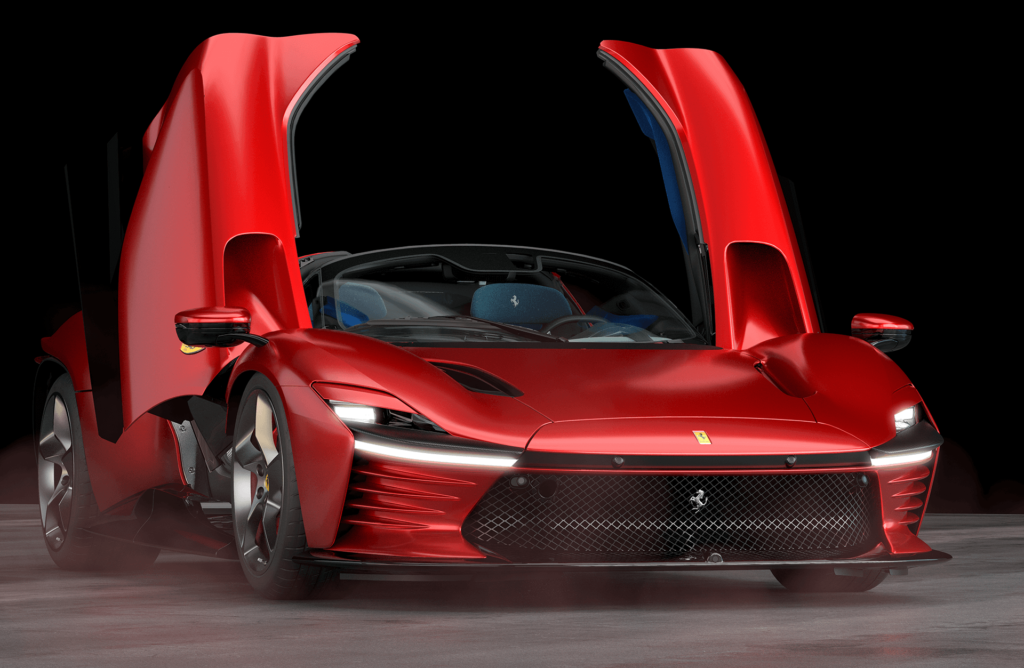 And further relating to the stunning, shapely features of the SP3, aerodynamics were carefully considered when designing this model. With the cooling requirements of the incredibly powerful engine, the Daytona has a much more streamlined body compared to other supercars. Unlike some, there are no large wing elements to the SP3.

Making up for some of the weight of the car, the undercarriage helps produce a positive downforce to increase speed performance while maintaining the coolest temperature. According to Ferrari, strakes on the rear of the car are meant to “create the impression of a light, radical, structured monolithic volume that lends the Daytona SP3 a look that is both futuristic and a nod to signatures from Ferrari’s DNA.”

In further attempts to create driver safety, as well as keep the car body as light as possible, the SP3 design features Kevlar materials, which can reduce the weight of parts like doors, hood, and rear by 82% to 89%. Both carbon and Kevlar materials create super-strong and stiff body parts to keep the car intact in the event of a crash or impact with another car on the track.

Performance on the Track

Another nice modern touch to the Icona series SP3 is the attention to performance-enhancing details for all kinds of conditions on the track. Finding yet another place to use carbon and Kevlar materials, Ferrari even uses it in the tires. Ferrari asked Pirelli, a multinational tire manufacturer based in Milan, to create customized tires for the SP3. These specialized tires feature optimization for both wet and dry performance. This new model is the first V12 Ferrari to receive the Dynamic Enhancer, which makes the car more manageable and controllable when driving at its limits.

Ferrari’s traction control has always been demonstrated to the fullest extent, but the Dynamic Enhancer is based on a Slide Slip Control algorithm, which quickly calculates how much brake pressure is needed at each wheel to avoid loss of traction. When the algorithm detects a slide, the Dynamic Enhancer kicks in to ultimately make sure the vehicle remains pointed in the right direction. While it doesn’t replace skilled driver control, it sure helps to avoid a spin out when running close to the car’s limit. 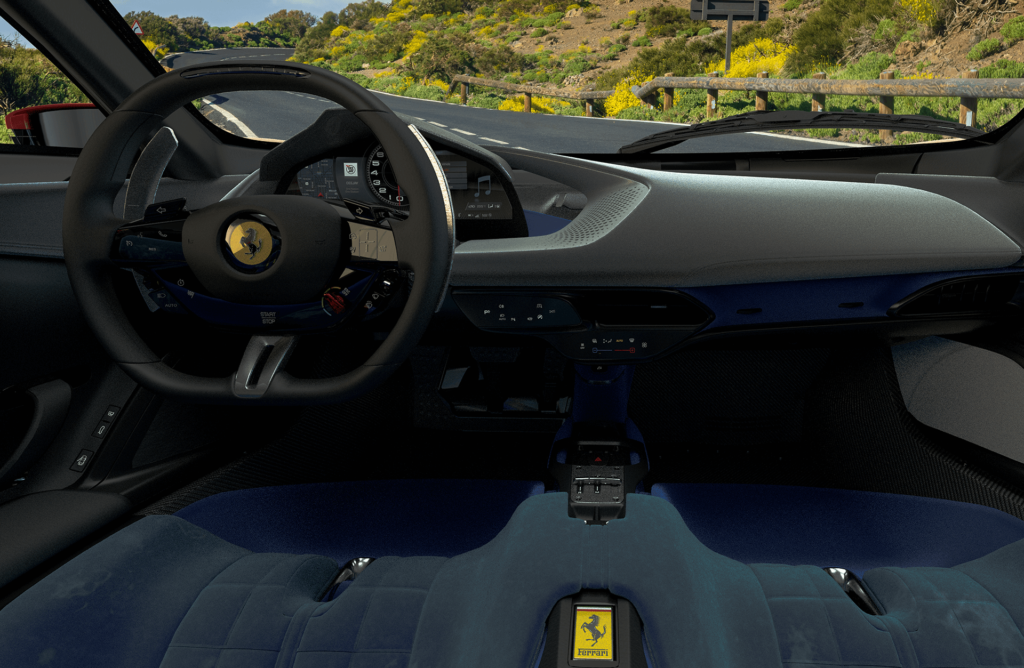 The SP3 is Projected to be an Ultra-Rare Item

Considering Ferrari’s Daytona SP3 is a modern re-design of a former classic Ferrari race car, and the fact that so much new technology has been included in design aspects of the car from body to tires to brakes, it is easy to believe that this will certainly be a choice collector’s item.

Ferrari announced that limited production will allow them to produce barely a handful of these exotic cars. Similar to its neighbors in the series, the SP3 will be an incredibly limited release with exactly 599 units being produced. Deliveries for buyers willing to shell out upwards of two million dollars aren’t set to begin until the end of 2022 and likely won’t be complete until the end of 2024.

All 599 of these limited edition Ferrari Daytona SP3 models have been claimed, but that doesn’t have to stop you from owning a Ferrari of your own. If you’re interested in buying or selling an exotic car, check out iLusso’s simple process to fulfill your need for speed, luxury and class.