Supercars Logos, Emblems, and Their Meaning 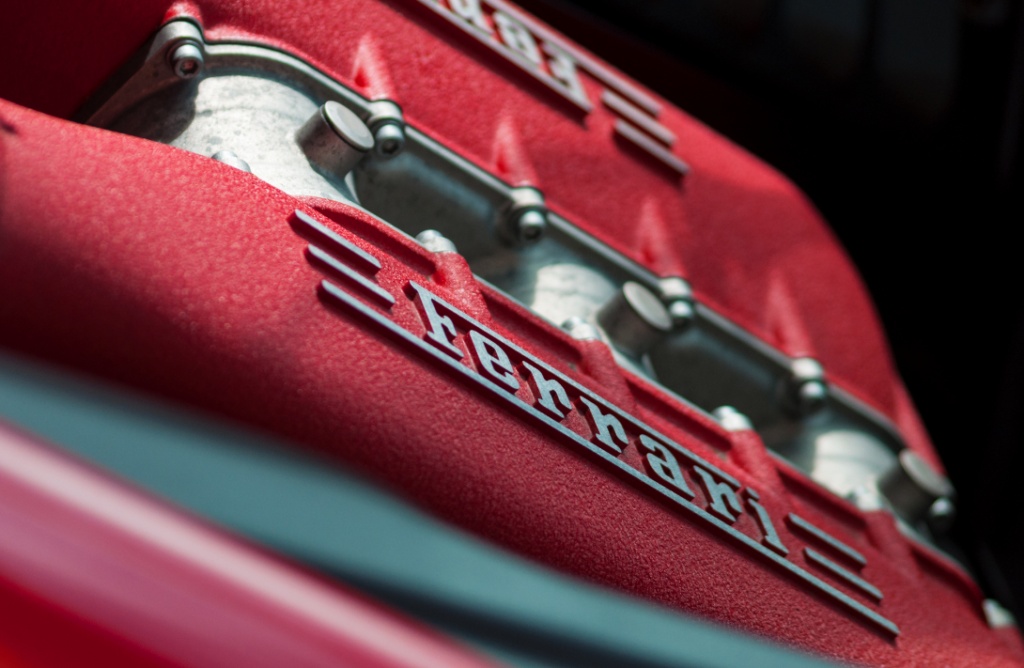 Supercars Logos, Emblems, and Their Meaning

Frequently, tradition, folklore, and a sense of the unknown lie at the origin of vehicle emblems and their subsequent evolution. In light of this, we have prepared some background information on some of the most well-known car insignia. Here we shed light on the industry’s most recognizable supercar brands. With that in mind, let’s dig into the origins of some of the most famous supercars!

What Each Of The Supercar Makers’ Emblems Mean

There is no generally accepted definition of what constitutes a hypercar. One possible definition of one of these is “a limited-production, top-of-the-line supercar with a price tag of about or greater than $1 million.” However, the most important quality is that of legacy and popularity.

We have produced a list of the top supercar logos and their meaning. Here are 15 emblems to learn from: 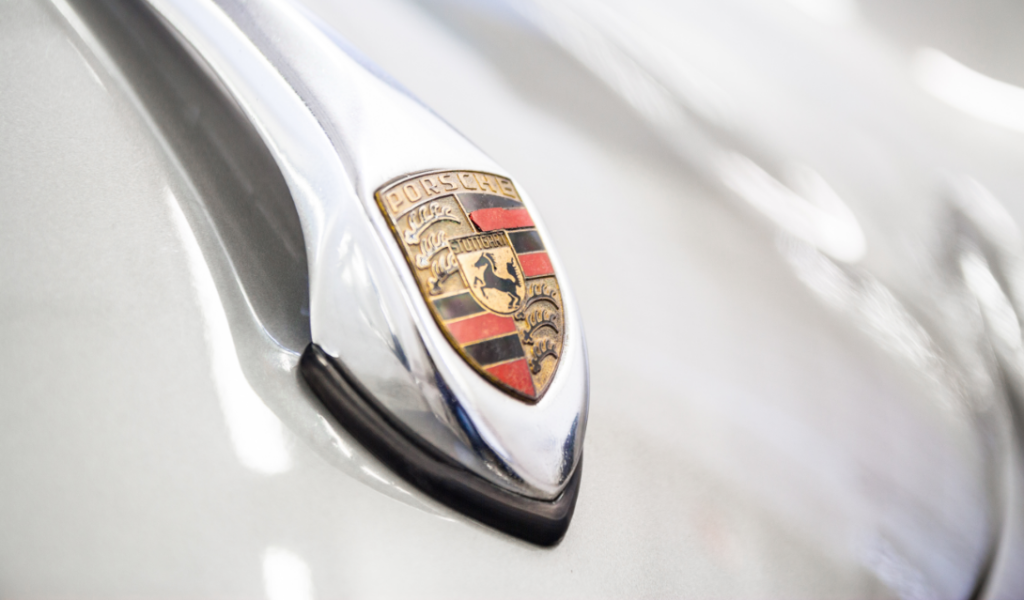 The Porsche emblem, based on Stuttgart’s coat of arms, features a horse that pays homage to the city’s origins as a stud farm (in German, “stud farm” is spelled as Stuttgart or Stuotgarten). The logo’s antlers and black and red lines were inspired by the seal of the Free People’s State of Württemberg, whose official colors are black and red. In a few words, Stuttgart—where Porsche’s corporate headquarters are located, is honored with the Porsche logo. The Porsche badge now stands as an icon of affluence, prestige, and high-octane performance automobiles. 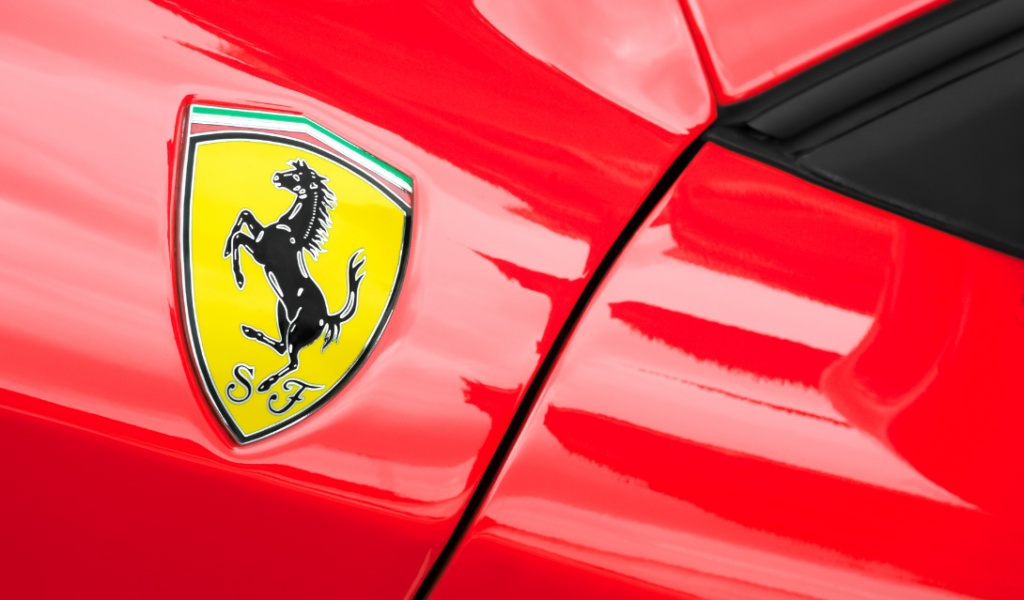 The Italian fighter ace Francesco Baracca is credited with the origin of the Ferrari logo. Baracca painted a black prancing horse onto the fuselage of his plane. He was a national hero after recording 34 kills and dying in 1918.

The parents of Baracca were introduced to an Italian automotive enthusiast named Enzo Ferrari in 1923. Baracca’s mom said the prancing horse on Ferrari’s automobiles was good luck, so he started doing it. It was Ferrari who did that, and he splashed it with yellow to honor Modena, his hometown. 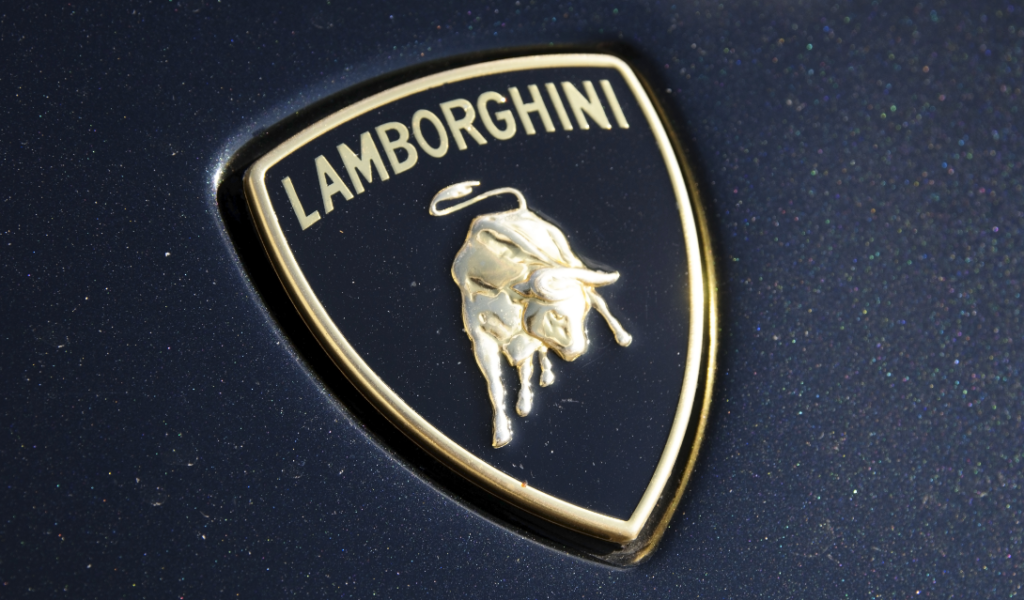 The shield-like shape of the Lamborghini emblem is filled with a black background and has a gold border. Above a depiction of a golden bull, the word Lamborghini appears in capital letters across the top of the shield. The bull in the Lamborghini logo is there for two reasons: 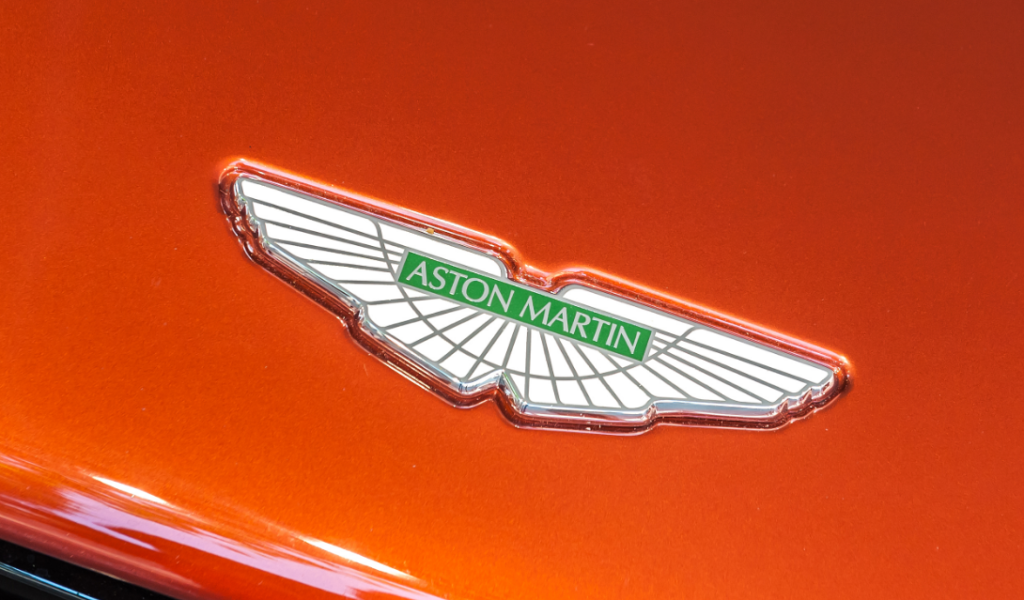 The current Aston Martin logo is a green rectangle with the company name in white capital letters placed on a white wing. Black, green, and white make up the Aston Martin emblem. Elegance, prominence, innovation, excellence, and environmental responsibility are just some of the concepts that these hues represent for the firm. 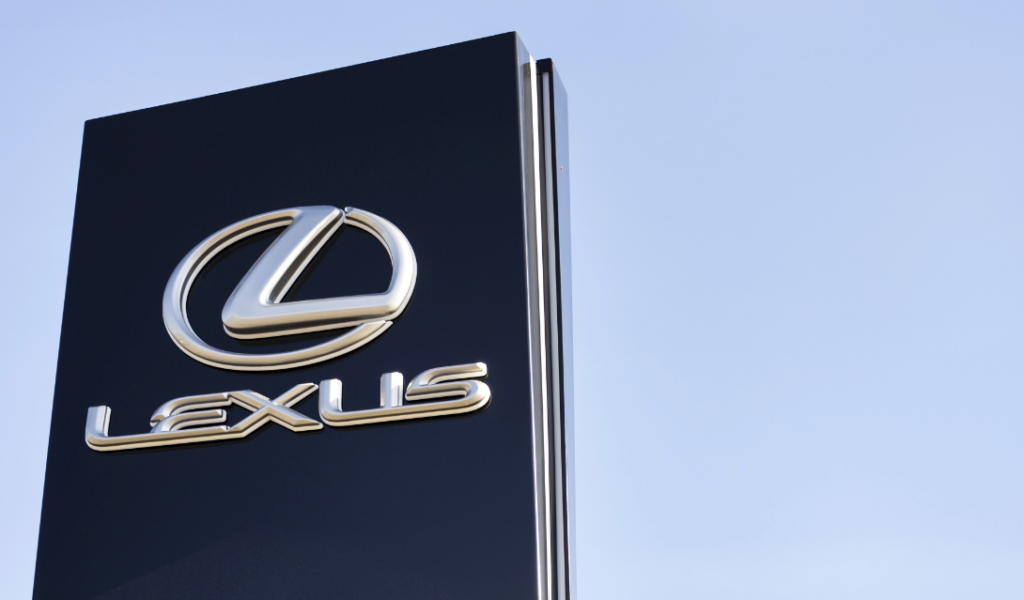 Aside from the simplicity of the logo, there isn’t much to learn about the corporation because of its brief existence (Toyota’s luxury brand was introduced to the globe in 1989). It was initially thought that the word Lexus meant “Luxury Exports to the US,”; however, the name is actually a derivation of the planned name Alexis. It changed to “A Lexus” and then “Lexus” in the course of time. Sadly, there is no other information to glean from the logo beyond the stylized letter “L” contained within an oval shape. 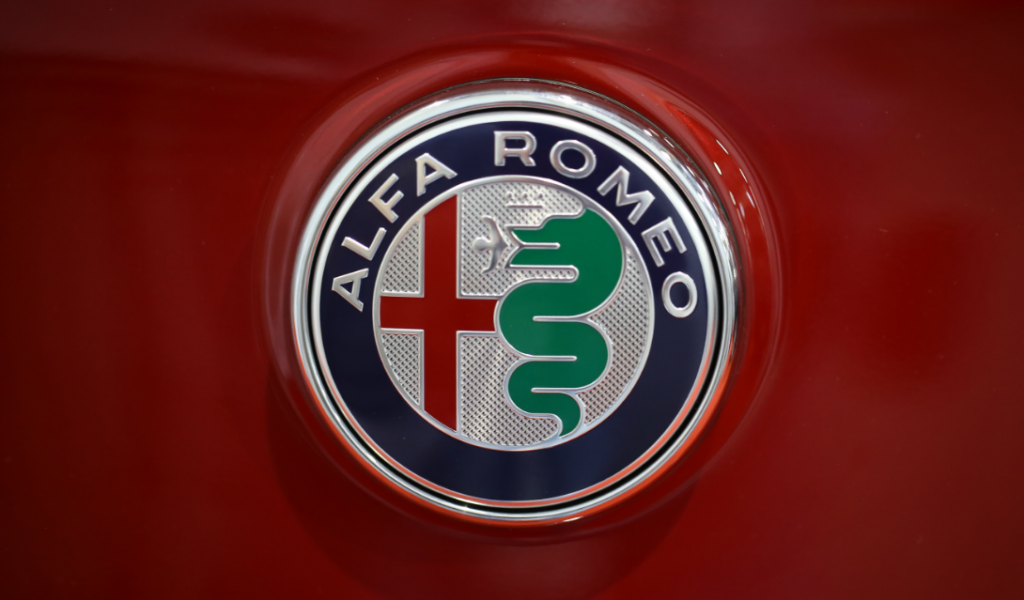 The original was designed by Romano Catteneo, an Italian draftsman, and the emblem incorporates Milanese characteristics, like the Biscione (seen on the right side of the emblem), which represents the house of Visconti, who were the rulers of Milan in the 14th century, are the stars of the logo. The two portions of the Alfa Romeo emblem are split vertically—this design element hasn’t been altered since 1910. The Visconti snake on the right and the municipal cross on the left are two iconic images of Milan that designers chose to use to represent the premium brand. 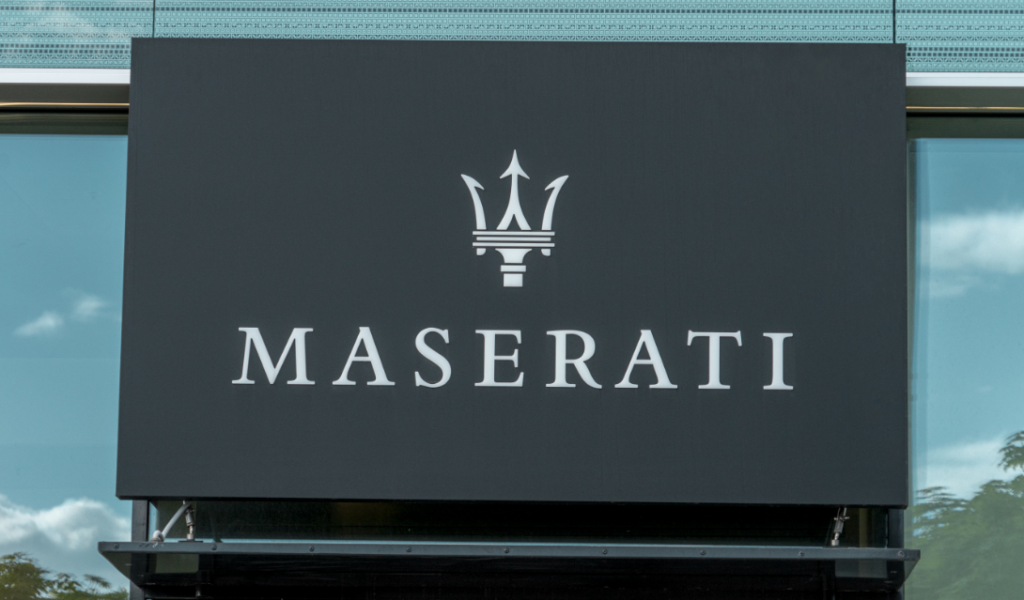 With few exceptions, the Maserati Trident emblem hasn’t changed much since it debuted on the 1926 Tipo 26. In Bologna, Italy, you can find the famous statue of Poseidon, god of the sea, where Officine Maserati was founded. The crimson and blue of Bologna’s flag and a statue of Neptune atop a fountain serve as the city’s inspiration for the logo. 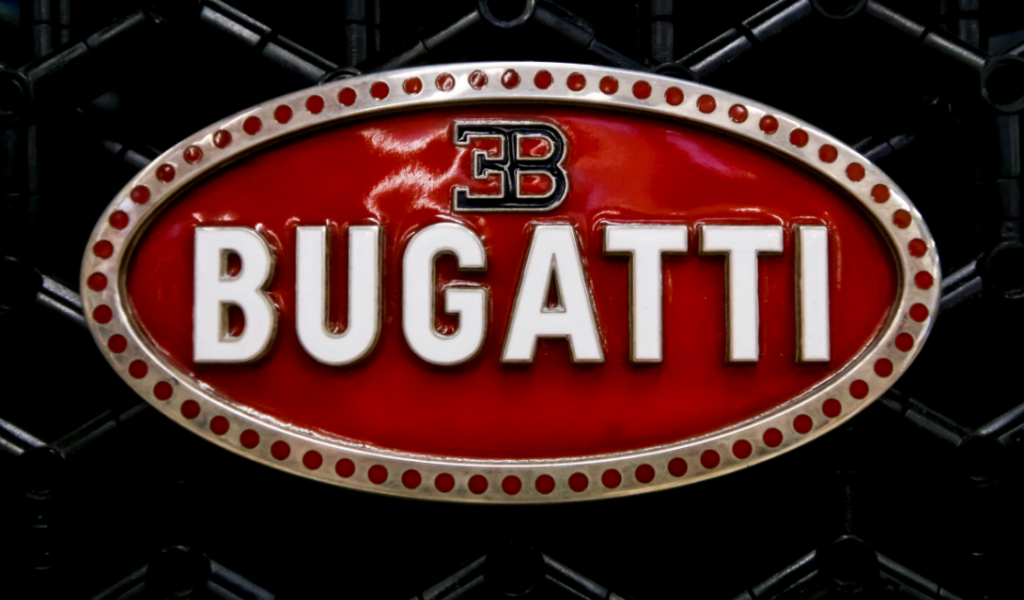 A tricolored oval represents Bugatti as a trademark. Narrow white borders are dotted with sixty red dots representing pearls or safety wires. The word “Bugatti,” in white characters with black shading, is centered on the red typeface. Over the phrase “Bugatti,” the initials of the late great Ettore Bugatti, are emblazoned in a striking EB logo. 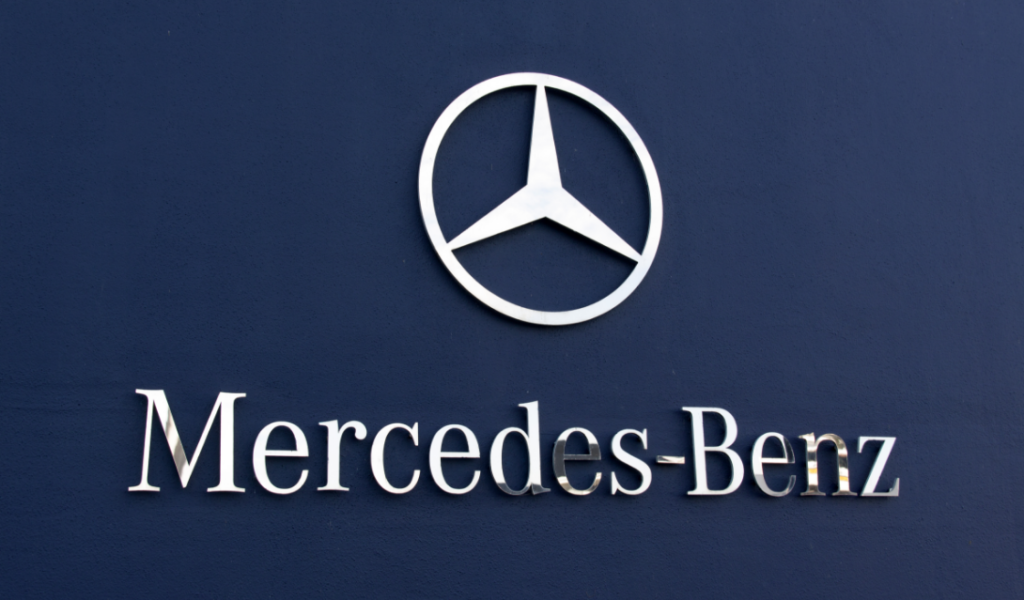 After their father, DMG founder Gottlieb Daimler passed away in 1900, his sons Paul and Adolf looked to him for guidance, drawing inspiration from the star sign that adorned his home and symbolized the company’s bright future. Both the now-famous three-pointed star and a four-pointed star were filed as trademarks under the Daimler brand in June 1909. The three-pointed star is still around to remind us that Daimler wanted its engines to be used in aircraft, land vehicles, and marine vessels. The Mercedes-Benz star has been centered within a circle since 1916, with only minor adjustments leading to the current silver star in a silver circle. 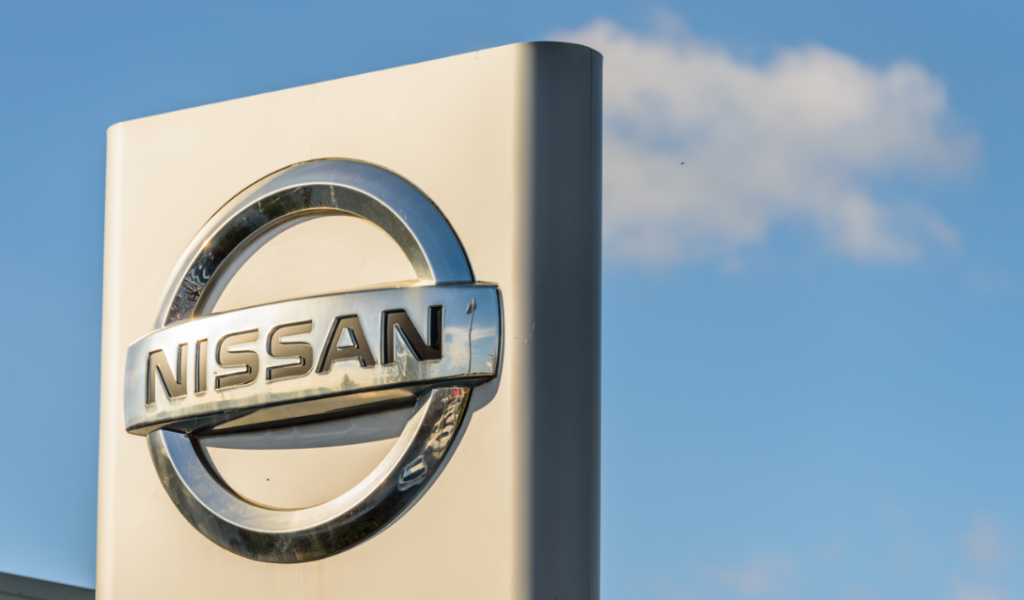 The current Nissan logo is a silver rectangle with the word “NISSAN” in the middle, surrounded by a silver circle. It all started when Nissan took over DAT Motors (formerly Datsun). Datsun’s logo featured the company name in a blue rectangle over a red circle, representing the “Rising Sun” symbol found on the flag of Japan. The current Nissan logo debuted in 2001; it’s a more contemporary take on the company’s original emblem, with the metal chrome standing for the company’s commitment to modernity, originality, and perfection in all of its offerings.  The Nissan Skyline is one of the fastest production cars Nissan has built and has become somewhat of a legend in the import street racing scene. 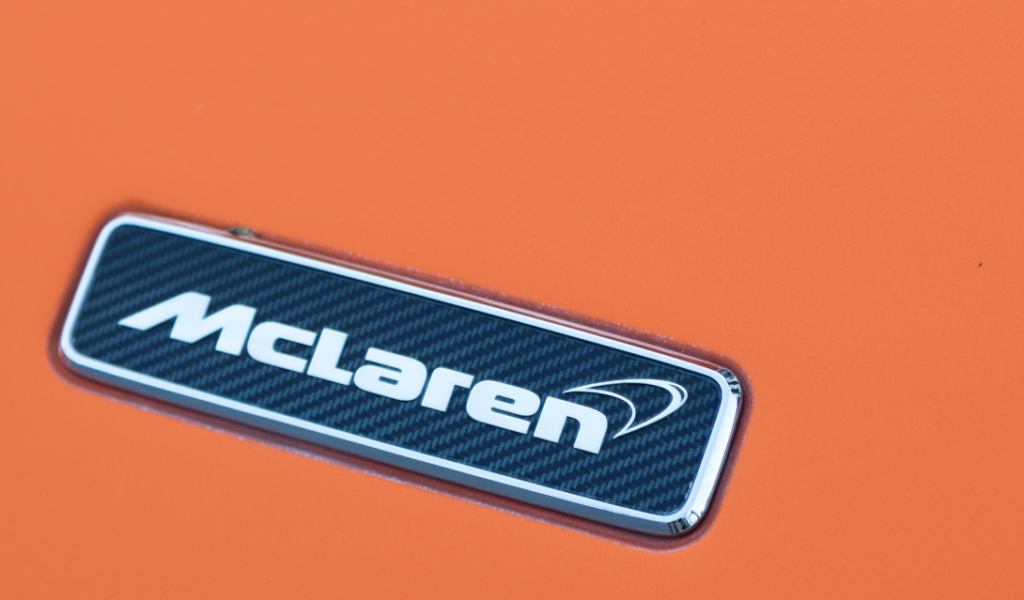 The redesigned emblem—which debuted in 1997—had a speed mark that was simplified and resembled the vortices produced by the rear wing, according to McLaren. It was visible on the side pods of our cars. They are reminiscent of the angry patterns on ferocious insects and animals.

That trademark picture vanished in 1981 and was replaced by the McLaren International logo, reflecting the sport’s international expansion. It is reminiscent of a checkered flag and was created by Raymond Loewy. In 2002, a more contemporary style was added to the McLaren emblem while keeping the now-famous speed mark. 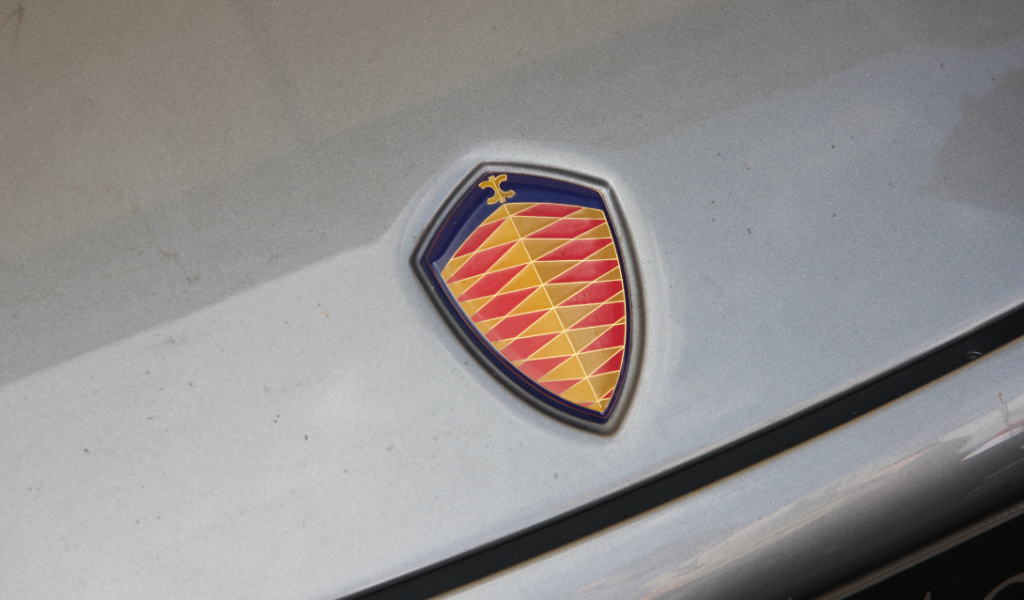 Designer Jacob Lftman came up with the name and logo for the Koenigsegg automaker. The Koenigsegg family has used this shield design as their coat of arms since the 12th century. Koenigsegg’s production and headquarters are located on the same Swedish airbase, and the company’s logo has a ghostly insignia in honor of a local air force squadron (they use the ghost as their emblem). 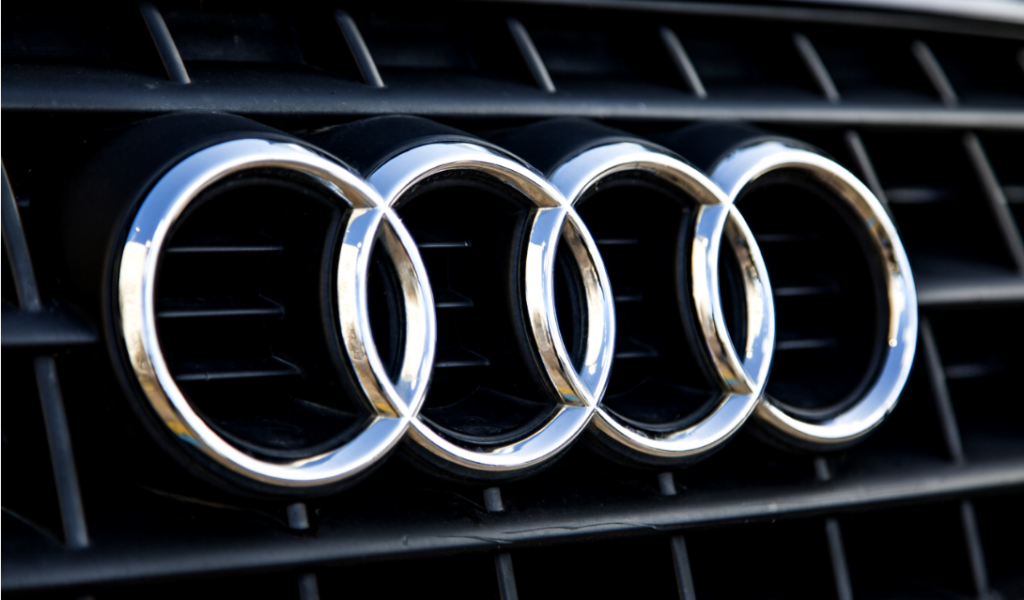 The four silver rings represent the merger in 1932 of Audi, DKW, Horch, and Wanderer, four of Germany’s oldest vehicle manufacturers. Initially, the four-ringed Auto Union mark appeared solely on vehicles produced by the Auto Union itself, while the various automakers retained their own branding. There is no basis for the urban legend that the insignia represents the four driven wheels of the Quattro all-wheel-drive system. However, Audi has occasionally alluded to the link in order to profit from serendipity. 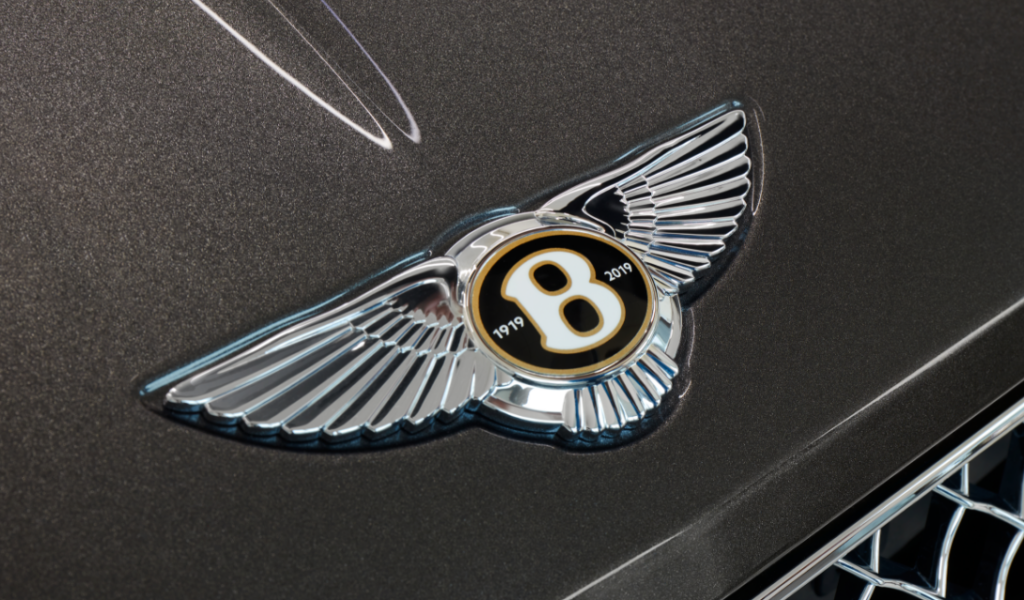 The British automaker Bentley Motors has a reputation for style and prestige that is unmatched in the industry. The insignia features a large, wing-spread letter “B.” The hood decoration is also a capital B with reverse-flowing avian wings. The “B” on the symbol represents the Bentley name, which was established by Walter Owen Bentley in 1919. The Bentley Aero firm’s winged logo pays homage to its origins as a manufacturer of rotary aircraft engines during World War I when the company was known as Bentley Aero. 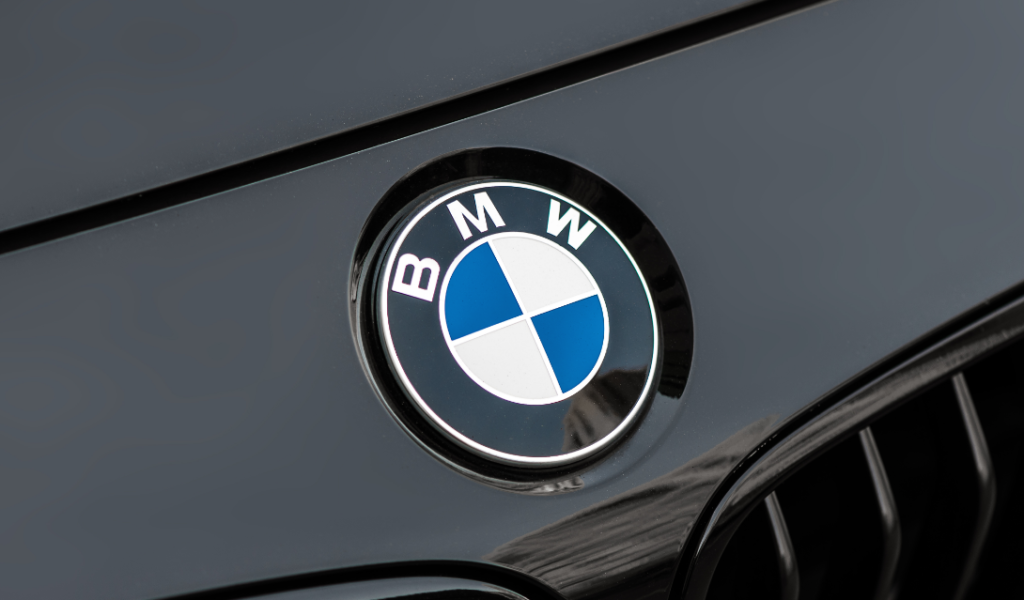 Among Bimmerphiles, the significance of the BMW Roundel— stirs up a little dispute. The current (as of the 1920s) theory holds that the symbol represents a propeller against a blue sky, alluding to BMW’s roots in the aircraft engine industry. Despite its superficial appeal, this version of events does not adequately explain the Roundel. The BMW name was set within a black outer circle and the panels of the blue and white Bavarian flag were placed within a concentric circle in the middle. Over time, it has undergone various small alterations, including a different typeface, a different color, and a slightly raised central design inspired by the Bavarian flag.

What is your favorite car emblem? We would love to hear all about it! And if you’re interested in purchasing an automobile from any of these brands, please make sure to call us at Ilusso Exotic Cars and ask for our variety of luxurious and iconic supercars available!