Whatever Happened to the Vintage Aston Martin Bulldog? 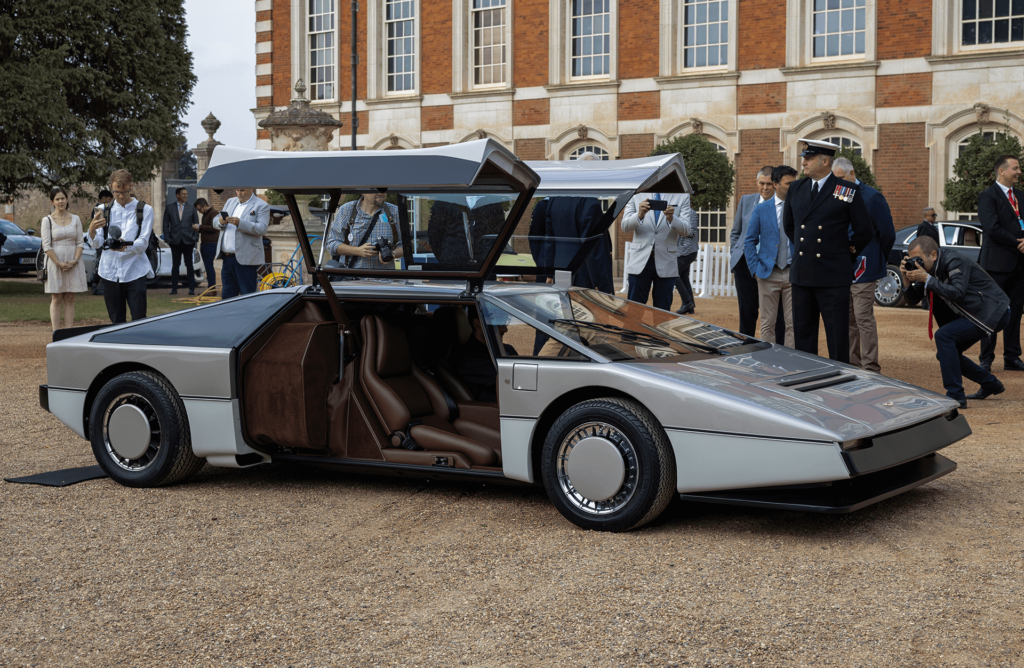 Designed in 1979, the renowned Bulldog was the product intended to show off Aston Martin’s capabilities, as it was the brand’s peek into a mid-engine scene the company hadn’t yet delved into. The company was out to produce a supercar heading into the 80s decade.

The Bulldog was and still is an impressive feat, not only for its unique stylings, but also for its speed. While the car was only ever a practice in engineering, had it gone into production, the Bulldog would have been the fastest car designed in its era. Though the Bulldog never quite made it off the ground, it is still a source of fascination for car enthusiasts to this day.

One of the most impressive things about The Bulldog is that it was built with the intention of reaching a speed of 237 miles per hour. Under the hood, the car was powered by a twin Garrett AirResearch turbo charged 5.3 Liter V8 engine paired with a Bosch fuel injection system.

Unfortunately, the Bulldog fell short of its 237 mile per hour goal by far. In testing by the Motor Industry Research Association (MIRA), its top speed was recorded at 192 miles per hour – not even topping 200. Despite its projected speed not being reached, the Bulldog still outperformed the record-holding Ferrari 512 Berlinetta Boxer by 4 miles per hour. Aston Martin was able to create the AMR1 formula racing car just 10 years later, which did successfully reach a top speed of 217 miles per hour.

Designer William Towns was the creative mind behind the concept of the Bulldog – a unique, wedge shaped exotic car. This design came on the heels of the Bulldog’s predecessor, the AM Lagonda, a similar wedge-shaped design also developed by William Towns. The Bulldog also came equipped with ‘state of the art’ LED technology and touch sensors that were also inspired by the AM Lagonda. 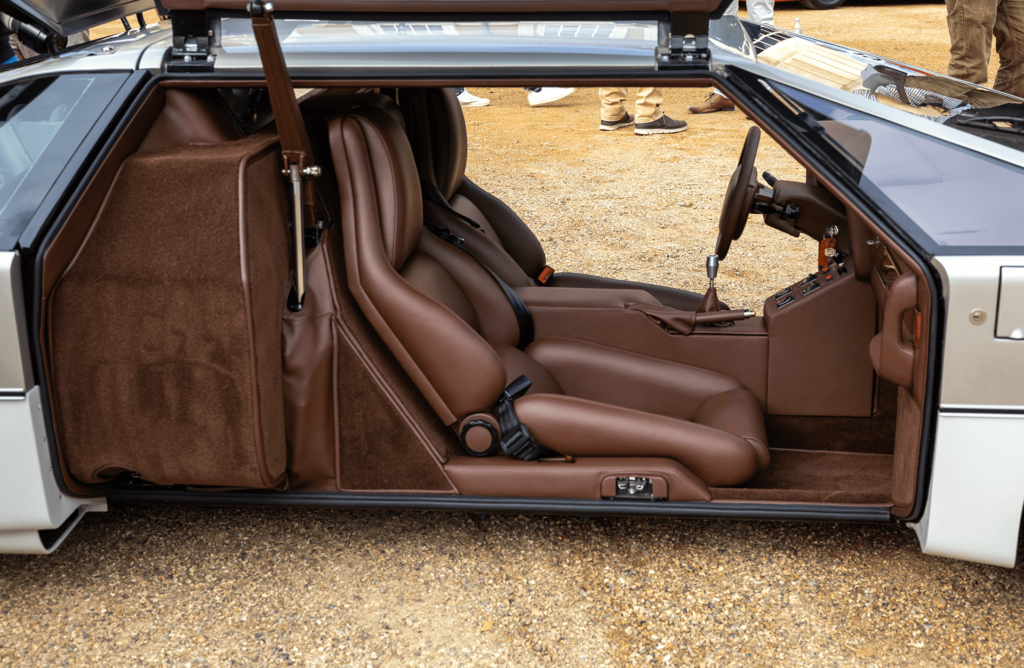 Most noticeably, the major difference in appearance between the Bulldog and other cars of the time were its gullwing doors, making the height of the car to reach nearly 6.5 feet. Today, these might be recognizable to fans of the Back to the Future movies. Mike Loasby, chief engineer over development of the Bulldog, left to work for DeLorean shortly after beginning the Bulldog project. After Loasby’s move, development of the Bulldog was handed over to Keith Martin, who worked on the car for three more years.

Don’t sell your exotic car to buy one of these unique supercars; Aston Martin’s design for this 80s supercar was a revolutionary idea, but never went any further. The Bulldog was a well-designed piece of engineering without a doubt, but due to financial struggles of the Aston Martin Brand, the car was never able to enter production. A limited run of 15-25 cars was seriously considered by the chairman of Aston Martin at the time, but never came to pass.

In 1981, a new chairman of Aston Martin, Victor Gauntlet, took over the company. Victor’s concerns with the company’s financial situation were too great at the time to consider putting in the amount of money production of the Bulldog would surely take. The one-off Bulldog model was sold to a collector and rumored prince from Saudi Arabia for a grand total of £130,000. Considering an inflation value of 278% from 1980 to 2022, the value has more than tripled. Today, in US currency, that amount of money would be equal to over $660,000.

Bringing Back the Bulldog

So, the question remains, where is the Bulldog now? Surely this exclusive supercar hasn’t disappeared from existence after it was sold to its wealthy middle eastern buyer. Thankfully, the Bulldog has not been lost forever. The Bulldog eventually made its way to the US and into the hands of collector Phillip Sarofim.

Today, Richard Gauntlet, son of the former chairman, guided the car into a restoration that began a few years ago. Classic Motor Cars (CMC) of Bridgnorth, Shropshire, UK was able to successfully restore the Bulldog to its past glory. In 2021, CMC received the Specialist of the Year award, alongside an award for Restoration of the Year for the Aston Martin Bulldog.

According to CMC’s website, after spending 18 months being restored, the Bulldog was unveiled on September 6, 2021, at Hampton Court by apprentices of the Royal Navy Air Station. The project team at CMC reported that those 18 months spent restoring the car were aimed at making it as close to its original form as possible. The team also plans to carry out some test runs ahead of another attempt to hit the 200 mile per hour mark.

Does reading about the restoration of the famous Bulldog bring you back to the glory days of the 80s? If you’re feeling nostalgic for your dream car from the magazine covers of the day, iLusso can help you sell your exotic car or to set you up with something new. Contact us today to learn more.