Relive the 80s with These Popular Supercars

The 1980s will live on in the hearts of many as some of the best years to be alive. The crazy hair and wild clothes were more than just fads, they were a lifestyle to the masses. The music and stars of the 80s are still household names 40+ years later.

Another 80s lifestyle just as popular in the world is the 1980s supercar lifestyle. The love for supercars spilled over with popularity as viewers saw their favorite stars cruising around behind the wheel or stepping out the gullwing doors of one of these cars. The 80s supercar craze was fueled by many factors, one of which was the economy of this pivotal decade.

Whether a successful businessman or perhaps a profitable shareholder, many could purchase a supercar. Popular exotic cars were no longer being purchased by just auto enthusiasts, they had become a means of stating one’s social status and flaunting wealth.

These cars’ popularity soared right along with the individual driving them. To many, just the sight of one of these cars is enough to take them into a nostalgic daze. Let’s relive some of the 80s with these popular 80s supercars.

The 1987-89 Ferrari F40 is one of the most iconic, legendary supercar of the 80s. Successor to another of the most iconic sports cars of the times, the Ferrari 288 GTO, the F40 is also the last Ferrari car that was personally approved by racing legend and entrepreneur Enzo Ferrari. Deemed the fastest street-legal car produced in its time with a top speed of 324 km/h (201 mph), the F40 doest not only have impressive horsepower and torque figures. And it definitely could do more than just turn a few heads. It came from the factory with one color option: Rosso Corsa. This iconic red paint on its carbon fibre skin is a defining attribute of the F40 and gave the ability to recognize it a mile away. 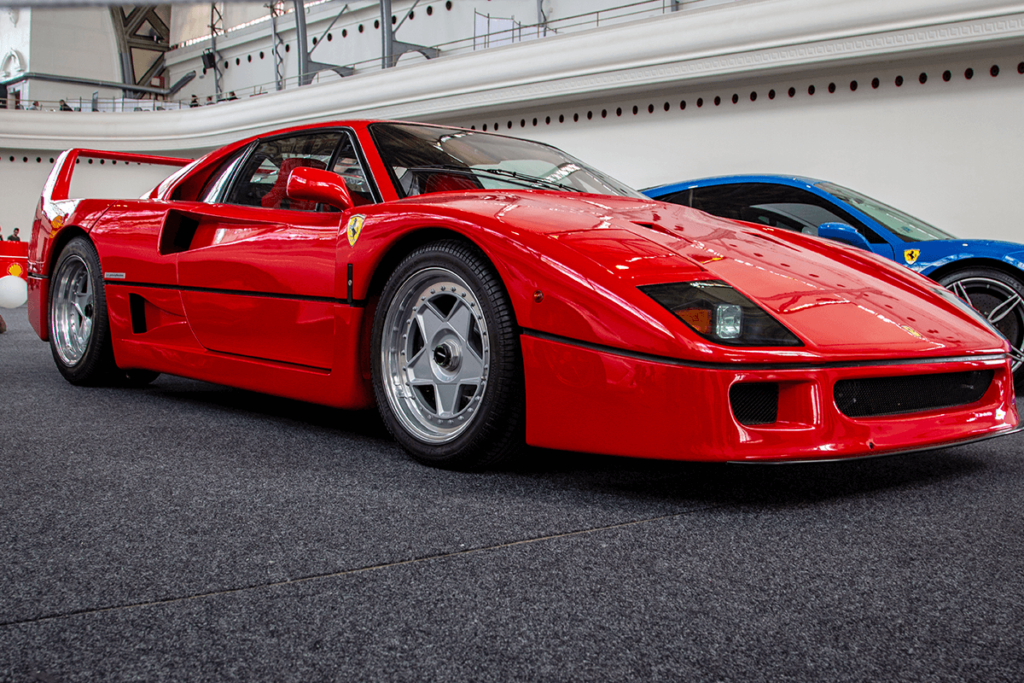 The first 50 of these cars were a testimony to their racecar origins, lacking things such as the ability to roll the windows down. Instead, they were outfitted with a sliding Lexan window.

Ferrari took notice of the fact these cars were on the street and not a racetrack and added roll-down windows for the remaining production line. The F40’s oversized wing and sleek looks could compete with the best of the 80s style hairdos.

The Lamborghini Countach may be the most easily recognizable car of the 1980s. With its ultra exotic and sporty looks, this car demanded your attention. The exterior of the car featured the unique scissor-style doors, also commonly referred to as Lambo-style doors. This feature added to its already exotic nature. Fun fact, its iconic sleek lined and sharp angled design was originally introduced publicly as the design for the Lancia Stratos Zero as shown in its 1970 concept car before the Countach prototype was first shown at the 1971 Geneva Motor Show. 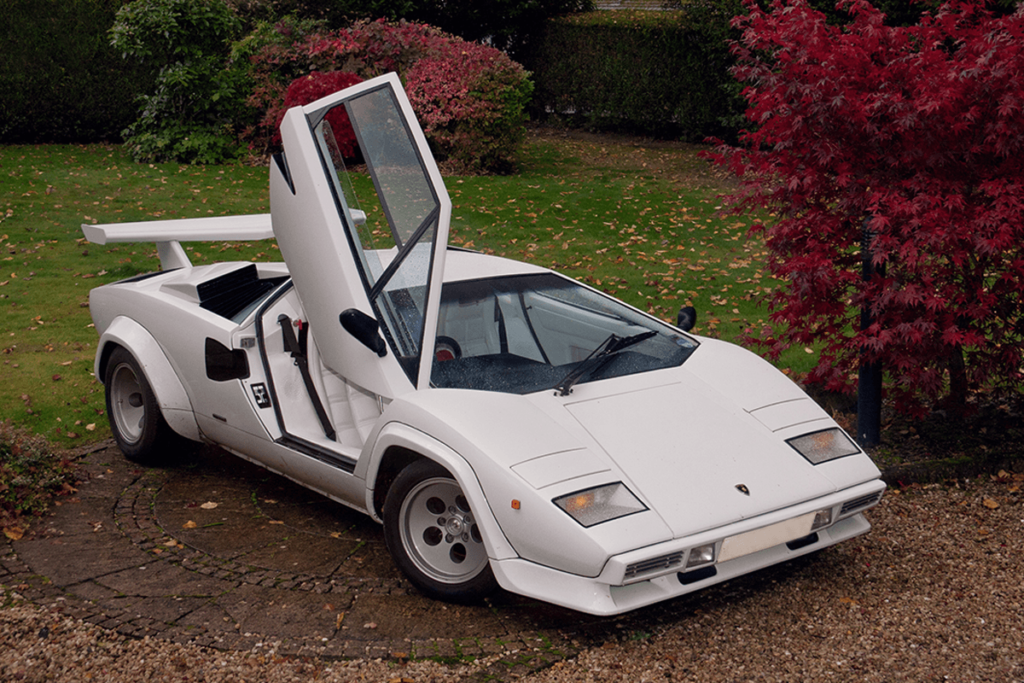 There was, however, one body part of the car that was anything but exotic and sporty – the front bumper required by US regulations. Federal laws at the time required the front bumper to survive a front impact at speeds of 5 mph. With great haste, Lamborghini started installing these bumpers to meet US regulations and open up the American market for these cars.

Conversely, most customers removed them even quicker, saying it ruined the otherwise flawless appearance.

The first gen Countach boasts a lightweight aluminum alloy chassis, its proven Bizzarrini-designed 3929cc V12 engine, and a 5-speed manual gearbox. It also has better weight distribution in the front wheels and rear wheels, leading to shortened gear linkage, better handling, and more precise gear changes. For its performance figures for the time coupled with its iconic look, the Lamborghini Countach has chiseled its name into the 80s history books and will not be forgotten for a long, long time.

Take a step away now from the Italian supercars and remember the German-designed Porsche 959. Faced with production delays, the 959 was a little late to the party, but nonetheless present and ready to cause a ruckus.

Originating as a group B rally car turned streetcar, the 959 could handle anything thrown in its path. With its technological advancements and rally car origins, the 959 paved the way for many of the Porsche designs seen today. 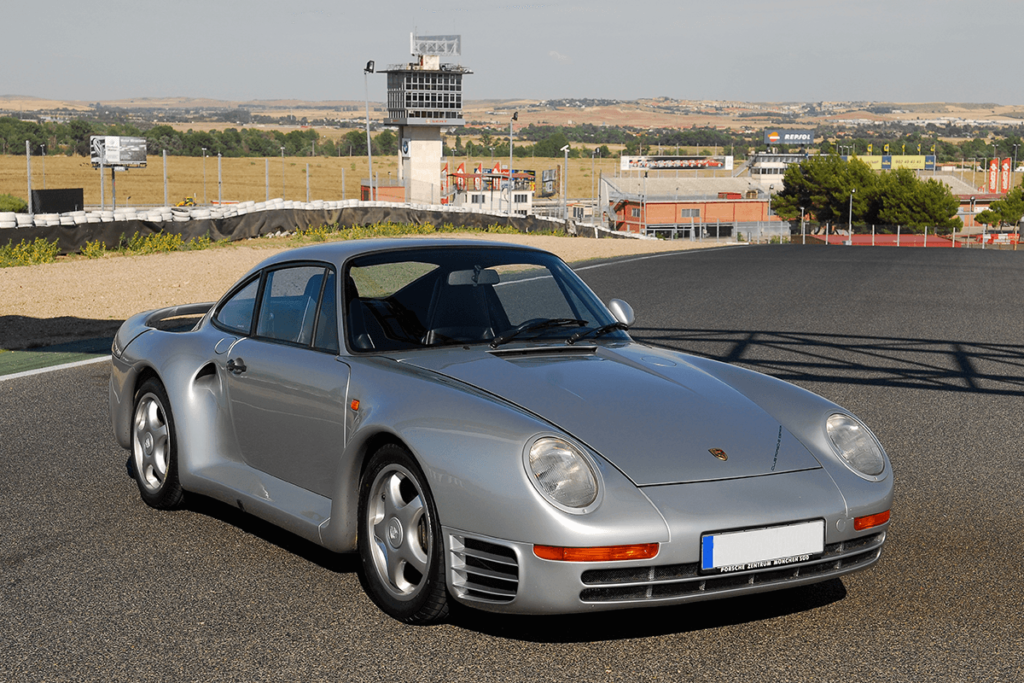 You could purchase a 959 in one of two trim levels, Komfort and Sport. Each trim level was uniquely designed with the driver in mind, offering different options that were tailor-fitted for the driver. Strangely, the only way an American driver could obtain a 959 was as a grey import.

Porsche did not supply the US D.O.T with four vehicles to use for crash testing. As a result, the car was not able to be sold directly to US citizens. This did not stop sales from happening, as the 959 was deeply desired by US car enthusiasts.

There were an unknown amount of cars purchased and brought to the US as grey imports. The rebellious attitude of the 80s is reflected in this comical, but understandable, reaction.

Like many supercars of this era, the 1980 BMW M1 entered the US as a grey import. With just under 500 units produced, this ultra exotic car is a highly sought-after collectible. Originally in agreement with Lamborghini to provide production of the car, issues arose leading to only BMW completing production and selling a BMW to the public. 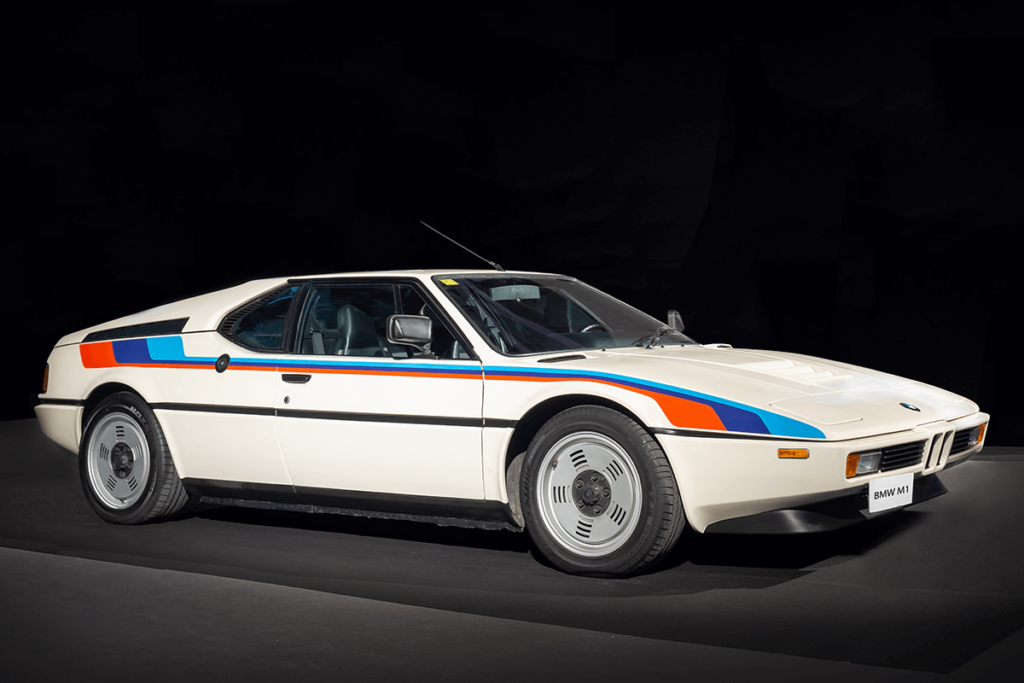 The BMW M1 shared the exotic styling of Italian supercars. It was also partially assembled in Turin, Italy, until it was finally shipped back to Germany to be fully assembled and have the final touches made.

The M1 was BMW’s first mid-engine car to be mass-produced and held the record for being the only one until the recent I8. Its sleek lines and exotic nature have left many innocent spectators star-struck.

Are you looking for an older, popular supercar from the 1980s? iLusso can help! Contact us today for help finding and purchasing a nostalgic car from your glory days.